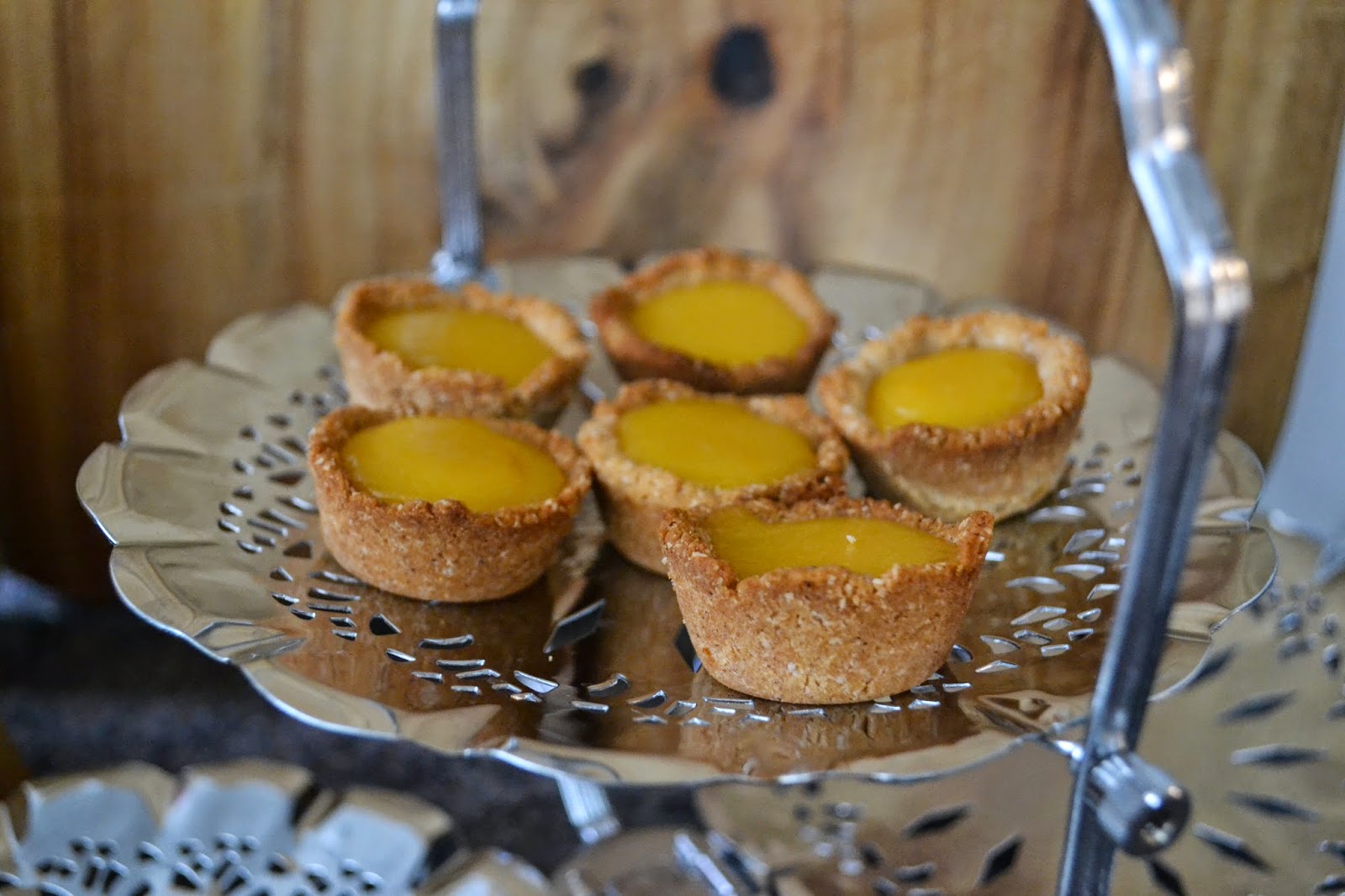 -Preheat oven to 185 C/365 F
-Mix everything together in a mixing bowl
-Divide dough evenly between twelve cups of a mini muffin tin
-Use your fingers to press in the bottom and sides of each cup, forming a tart shell shape
-Bake for eight minutes or until golden at the top edges
-Allow to cool completely, then use a thin butter knife to carefully remove each one

-Boil water in the bottom of a double boiler or a small pot
-Combine egg yolks, honey, lemon juice and butter in the top of the double boiler or a mixing bowl and place it on the pot of boiling water
-Note: If you're using a mixing bowl and pot, be sure the mixing bowl does not touch the surface of the boiling water
-Turn the heat down to keep the water at a low rolling boil
-Whisk the mixture constantly until it forms a smooth curd (approximately 8 minutes)
-Spoon into tart shells and put them in the fridge to set (minimum 30 minutes)
Posted by Jo Bean

Brought to you by:

Jo Bean
This is Oddbake! Every Oddbake recipe is safe for folks on the Specific Carbohydrate Diet, which means they're grain-free, starch-free, preservative-free, gum-free, sweetened only with honey and free from a few other things. SCD can make it hard to stuff your face as much as you should. But with my collection of SCD tarts, SCD cakes, SCD cookies, SCD candy, SCD salads and SCD dinners, you'll be stuffing all kinds of face!